FTC Disclosure: I received a complimentary copy of this book. These are my honest thoughts. 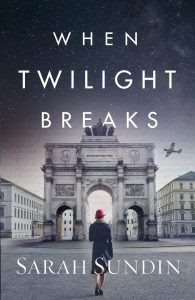 This book would have been guzzled in a scant number of days if I hadn’t had broken water pipes to deal with in my house.

What a zinger! I adored this story overall. Once again, Mrs. Sarah Sundin melded history with fiction in a seamless way that brought the past to life for me. Her treatment of a female reporter when men ruled the newspaper business was superb. It touched on women’s rights issues yet respected the men in the book at the same time. That’s a delicate touch on a tough subject, if you ask me.

Evelyn Brand was a heroine I could root for. She was spunky and brave, but she had flaws and fears that sometimes got in her way. As a reporter, she knew her stuff and dared to be different. She was courage on display.

The professor-teaching-accents angle was very reminiscent of My Fair Lady (Rex Harrison and Audrey Hepburn), one of my favorite vintage films (of which there are many). Peter Lang, the lead in this book, was definitely his own man, though. He was strong and capable and well educated. He treated women with respect and chivalry and didn’t overstep the boundaries they set before him. He cared about his students and friends and country, and it was wonderful seeing him take risks that had potential to make a difference in the coming war.

The plot was fantastic. I don’t often read books set just prior to World War II – usually they’re set right in the thick of it. WWII fiction is my favorite genre, and it’s great to have a book show the lead-up into the Second Great War. I rather liked the approach, as it broadened my mental picture of the Second World War overall, and the pre-war tensions in particular.

As usual, Mrs. Sundin’s author voice drew me into the story directly and tugged me along for the duration. My emotions were evoked and involved, which helped in making the book feel personal. The danger and tension were palpable. The storyline was well thought out and excellently delivered.

The cover is absolutely stunning and one of my favorites of 2021. The stars, the handwritten letter in the background, the German architecture, the plane, and the woman walking away from the reader… They all work in conjunction to make an interesting snapshot of what might have really and truly taken place on the streets of Munich just prior to and during the war. (I’m not sure why there was a plane on the cover, though, because I don’t recall one being featured in the story.)

One of the very few disappointments for me was the faith thread. There were pockets of depth of faith in the story; I cherished those moments, which felt very much like the rich faith threads of this author’s previous books. However, the vast majority of the book found the leads relying on each other or themselves rather than God, which made the faith aspect of this book – when it showed up – feel quite shallow and unimportant at times. What really irritated me was the profanity toward the end. Shock is no excuse for using “Lord” in a disrespectful way, as a person is still able to control their tongue even when emotions run high, if they’ve properly tamed it (with the Lord’s help), as the Bible instructs. This portion of the book, as well as the sexual innuendo that cropped up off and on, dropped my rating from five stars to three, unfortunately. I hope the faith thread is much richer in Mrs. Sundin’s next book, as it has been in the vast majority of her collection of stories.

The finale made me cry tears of joy. When my heart get that involved, the rating bumps up another star, if one’s available.

Oh, how I wish the profanity and innuendo were omitted! I so wanted to give this book five stars.

***
Want to start your collection of spill-proof, reusable coffee tumblers and water bottles? DrinCo offers many colors in several styles of stainless steel travel tumblers.
I’m now an affiliate with DrinCo, which means I’ll earn a small commission on every purchase made through this link. Purchasing a tumbler from DrinCo is a great way to support me in my writing career. 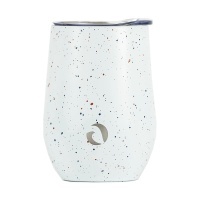 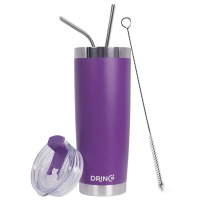 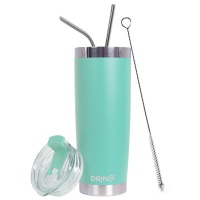 These tumblers are made responsibly in China, which means the company uses only high-quality materials and pays the laborers a fair wage plus overtime.
There are currently no stainless steel travel mugs made in the United States.

3 thoughts on “When Twilight Breaks by Sarah Sundin {book review}”