The third and final book in the Harbored Secrets trilogy was a pretty good suspense story. The first half seemed much more like a medical romance, as there was a lot less bad-guy movement than usual for the suspense genre, but the dates were fun and surprising, and Maceo was pretty adorable. I really enjoyed Colton’s battle with a movement disorder I was unfamiliar with. I felt I was taught a lot about it within the context of the story in a way that did not feel like being preached at over the topic.

There was some confusion about Pecca’s profession. She was declared to be a nurse, yet she seemed much more like a physical therapist. The only identifier ever given was “nurse.” A friend pointed out that there is such a thing as a “nurse psychotherapist,” whose job description lines up pretty well with Pecca’s behavior with her patients. I wish this job title would have been given from chapter one (or at all), as it’s interesting, different, and something I would enjoy reading about. Since all I was given was “nurse,” it felt like she (or at least her job or title) was misrepresented.

Oh, my heart loved the sports angle. During the COVID-19 illness the world is facing right now (in spring 2020), sports are absent from my life, which is abnormal to be sure. So reading about a child with only one leg being encouraged to play a sport was just what this sports fan needed during the last couple of weeks. Maybe there won’t be any NBA or NHL finals this season, but at least the little Warriors were there to be cheered for!

There were some inconsistencies with Juan that drove me batty. He insisted his maid and son both never use Spanish, yet he himself used it frequently. That was such a blatant double-standard that I could not empathize with him very much. Of course, it didn’t help that he was a creep who had cameras installed in his own home to keep eyes on his wife at all times. No one should be so forcefully controlled, y’all. However, the creepiness was very well written, and I definitely got the negative chills through several of his scenes, which is a good sign of being in the middle of a suspense book.

The plot was pretty decent with plenty of twists. The second half of the story especially kept a good pace, since the suspense part of the story came much more into play. I liked the variety of characters and personalities that clashed along the way. It was an enjoyable read for the most part, and if you’ve already read the first two books, you definitely won’t want to miss out on the finale to catch up with your favorite characters from Walton, Georgia, and maybe meet some new ones too. 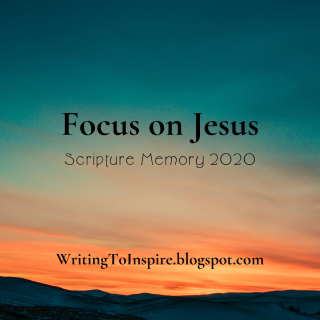 How’s that second verse coming along this week? Be studying the Word of God to find your next one, as we’ll be revealing those next Monday, right here on Writing to Inspire.