While watching the Stanley Cup Playoffs, I’ve been thinking about those courageous men and women who serve in our military. Before every hockey game in the post-season, the National Anthem of the United States is played (as well as Canada’s when a Canadian team is playing that particular game). During those moments, as I stand at home with my right hand over my heart and sing my salute to my God, country, and team, I contemplate the freedoms I live with each day and the high cost to other people that these liberties require.

This challenge is my thank-you to the men and women who have served the United States, including those who have perished so that I might live in a country of great freedom.

For May 2019, read books that feature at least one person who serves in the United States military.

The person may be currently serving the country or retired from doing so.

Only the above branches of the United States military are acceptable for this challenge.

Some books I’ve previously enjoyed that featured U.S. military men and/or women include: 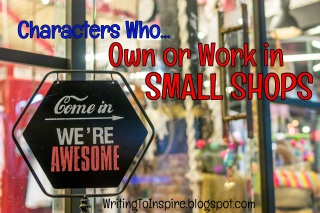 3 thoughts on “Characters Who… Serve in the United States Military”