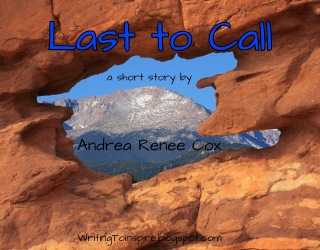 This is the first of the short stories inspired by YOU, my dedicated readers. I appreciate all of you so much, and the contest I held a while back was only the beginning of showing you how deeply I appreciate your following my blog. This short story is a little longer than I intended, but once I began discovering the characters and situation, I simply couldn’t stop until they’d had at least a piece of their say. In fact, I’m thinking of expanding this one into a full-length novel at some point. After you read it, please tell me: What would you think about this one becoming a full-blown novel?

Thank you to Angela R. Watts, who participated in a contest on my blog, Writing to Inspire. Her answers to my prompts inspired this story (and each one made it in there!). I am also blessed to call this young woman a writing buddy. Ang, you’re awesome.


***
What do you think becomes of Tristan, the woman, and her baby?
What roadblocks do you imagine they’ll run across in their journey?
I’m open to ideas as I brainstorm this baby.
Click to tweet this short story.
Join the conversation!
I love hearing from you.

This month’s reading challenge shines a light on the classics.

6 thoughts on “Last to Call – a short story”