Skip to content
When I first saw this book, I was immediately intrigued by the beautiful cover and the back cover copy. The story within was clearly inspired by Jane Austen’s Pride and Prejudice, yet it holds its own flavor and style. I particularly enjoyed how circumstances pushed the characters to examine their behavior and make changes to improve themselves. The theme of controlling women losing the people they tried to control came through quite well, and I found this to be a direct reflection of real life. 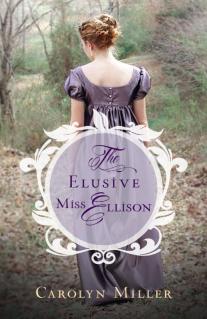 There were a few things I didn’t like, including one expletive and several typos, but I am grateful for the opportunity to read this book by an author I had not before discovered.
I receive complimentary books from publishers, publicists, authors, and sites like Netgalley, Litfuse Publicity Group, and Blogging for Books. They do not require me to write positive reviews. The opinions I have expressed are my own. I am disclosing this in accordance with the Federal Trade Commission’s 16 CFR, Part 255.
What regency novels have you enjoyed lately?
Do you prefer classics or their modern counterparts?
About The Elusive Miss Ellison:
Handsome appearance counts for naught unless matched by good character and actions.
That’s the firm opinion of not-so-meek minister\’s daughter Lavinia Ellison. So even though all the other villagers of St. Hampton Heath are swooning over the newly returned seventh Earl of Hawkesbury, she is not impressed. If a man won’t take his responsibilities seriously and help those who are supposed to be able to depend on him, he deserves no respect from her. In Lavinia’s pretty, gray eyes, Nicholas Stamford is just as arrogant and reckless as his brother-who stole the most important person in Livvie’s world.
Nicholas is weighed down by his own guilt and responsibility, by the pain his careless brother caused, and by the legacy of war he’s just left. This quick visit home to St. Hampton Heath will be just long enough to ease a small part of that burden. Asking him to bother with the lives of the villagers when there’s already a bailiff on the job is simply too much to expect.
That is, until the hoydenish, intelligent, and very opinionated Miss Ellison challenges him to see past his pain and pride. With her angelic voice in his head, he may even be beginning to care. But his isn’t the only heart that needs to change.
These two lonely hearts may each have something the other needs. But with society’s opposition, ancestral obligations, and a shocking family secret, there may be too many obstacles in their way.
Fans of Georgette Heyer, Lori Wick, and Julie Klassen will enjoy the spirited exchanges between the bluestocking minister’s daughter and the bruised war hero as they move past pride and presumption to a humbled appreciation of God’s grace and the true strength of love.
Learn more and purchase a copy. 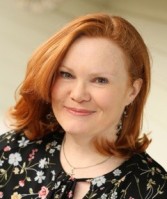 About Carolyn Miller:
Carolyn Miller lives in New South Wales, Australia, with her husband and four children. A longtime lover of Regency romance, Carolyn’s novels have won a number of RWA and ACFW contests. She is a member of American Christian Fiction Writers and Australasian Christian Writers.


Regency romance fans have another must-read novel to add to their lists: Carolyn Miller’s The Elusive Miss Ellison. Enjoy the spirited exchanges between the bluestocking minister’s daughter and the bruised war hero as they move past pride and presumption to a humbled appreciation of God’s grace and the true strength of love. These two lonely hearts may each have something the other needs. But with society’s opposition, ancestral obligations, and a shocking family secret, there may be too many obstacles in their way.

Settle in for a cozy night of reading with a cuppa and a Kindle from Carolyn!

One grand prize winner will receive:

Enter today by clicking the icon below, but hurry! The giveaway ends on March 22. The winner will be announced March 23 on the Litfuse blog.