Last year I read Lori Benton’s novel The Wood’s Edge and was blown away by its complexity. (See my review.) As we get closer to the release of its sequel, A Flight of Arrows, I thought it would be a nice treat for Lori to hang out with us here at Writing to Inspire.

Where Inspiration Finds You
by Lori Benton
True or False: A writer (or artist or musician) can accomplish a lot of creative work without the benefit of inspiration.
True! How do I know? Because I’ve written more stories than I can count on the fingers of two hands now and can tell you with certainty that it was a rare morning I came to the computer (or typewriter or paper and pen) carried on a tide of inspiration that swept me away for blissful hours of pouring out the words as fast as I could let them flow. Honestly? I barely recognize that lovely scenario. It’s happened to me a handful of times in over twenty years of writing. I’m going to tell you how inspiration most oftentimes works—at least for me. Because I do manage to find it. Or it finds me. By now you might be wondering, where, when, and how does that even happen? 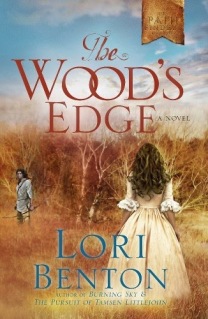 Inspiration shows up most days I write, but only after I’ve shown up to write first and—here’s the key—already started writing. After I’ve forced myself to stop reading emails, checking social media, getting one more cup of tea, and anything else my tired brain and body finds easier to do than engaging with the tough creative work of putting words onto the screen to create a scene, a paragraph, or even a sentence.
Even on those days where I know exactly where a scene is meant to be headed, this act of beginning the day’s work is still difficult. It’s a battle. And I’m not the only one who sees it so. A whole book has been written about this battle—The War of Art by Steven Pressfield: What keeps so many of us from doing what we long to do? Why is there a naysayer within? How can we avoid the roadblocks of any creative endeavor—be it starting up a dream business venture, writing a novel, or painting a masterpiece? Bestselling novelist Steven Pressfield identifies the enemy that every one of us must face, outlines a battle plan to conquer this internal foe, then pinpoints just how to achieve the greatest success.
For years I experienced this battle with Resistance, never knowing why it was so difficult to get the writing work of the day started. Thankfully I kept showing up, day after month after year, to get those novels written, long before Pressfield’s book put a name to that battle—Resistance—and offered me strategy for winning it more easily and not letting Resistance defeat me. Because guess where what we all want to experience in our creative endeavors, that thing that gives imagination wings—Inspiration—is waiting to meet us?
You guessed it. On the other side of the battle with Resistance.
How is this battle waged for me most days? I sit down at the keyboard with a cup of tea or coffee, open the current work in progress, find where I left off the day before, and immediately want to give in to the temptation to check Facebook or email or my book sales stats just one more time. Because I’m very much aware of how difficult it is going to be to find that first word, then another, to actually see the scene I’m attempting to transfer from my brain into written language clearly enough to find those first words.
But I’ll stick with it. I’ll find that word, then the next one, then a dozen more, and it will be hard and it will hurt, but I’ll force myself to keep doing it for ten minutes, twenty, thirty, however long it takes until I’m not forcing it anymore (though I probably don’t notice when I make that transition), but the words are coming and I see the scene and I hear my characters and I’m no longer aware of time, or even of me. I’m in the story world, carried away on a flood of Inspiration.

Lori Benton’s novels transport readers to the eighteenth century, where she brings to life the Colonial and early Federal periods of our nation’s history. She is the multiple award-winning author of numerous books including Burning Sky, The Pursuit of Tamsen Littlejohn, and The Wood’s Edge (Book 1 in The Pathfinders series). Lori makes her home in Oregon.

Hearts are divided.
Loyalties will be tested.
The fates of two families hang in the balance.

Twenty years past, in 1757, a young Redcoat named Reginald Aubrey stole a new-born boy–the lighter-skinned of Oneida twins–during the devastating fall of Fort William Henry and raised him as his own.

No one connected to Reginald escaped unscathed from this crime. Not his adopted daughter Anna. Not Stone Thrower, the Native American father determined to get his son back. Not Two Hawks, William’s twin brother separated since birth, living in the shadow of his absence and hoping to build a future with Anna. Nor Lydia, who longs for Reginald to be free from his self-imposed emotional prison and embrace God’s forgiveness–and her love.

Now William, whose identity has been shattered after discovering the truth of his birth, hides in the ranks of an increasingly aggressive British army. The Redcoats prepare to attack frontier New York, and the Continentals, aided by Oneida warriors, including Two Hawks, rally to defend it. As the Revolutionary War penetrates the Mohawk Valley, two families separated by culture but united by love and faith must find a way to reclaim the son marching toward them in the ranks of their enemies.

What a great perspective, Lori! Thanks for sharing how you discover inspiration after you sit down and work hard. I\’m in the middle of one of those “I know where this scene is headed, but how in the world does it start?!” periods of writing myself, so this article was very refreshing and encouraging. It’s such a blessing to host you today!
Friends, what tips do YOU have for finding inspiration when it seems elusive?
Have you also found, like Lori, that inspiration often comes AFTER you put in a lot of hard work? How has that shaped the way you approach life?
Thanks for visiting Writing to Inspire! If you liked this article, would you consider sharing it on Facebook, Twitter, or another social media website? And be sure to come back next week for a new article!

2 thoughts on “Be My Guest: Lori Benton”